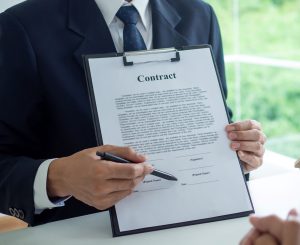 What liabilities cannot be excluded or limited by a supplier in a contract?

Limitations and exclusion of liability are often the most contentious and heavily negotiated clauses in a contract. The Unfair Contract Terms Act 1977 (UCTA) confirms that, in a Business-to-Business context, a party can never exclude its liability for death or personal injury caused by its negligence; and the implied term as to title and quiet possession in s12 of the Sale of Goods Act 1979 or s2 of the Supply of Goods and Services Act 1982.

Any other damage caused by negligence is subject to the reasonableness test. There are no statutory rules on excluding liability for gross negligence or wilful default.

For public policy reasons, a party can never exclude or limit its liability for losses arising due to fraud.

Suppliers will as a rule generally seek to exclude their liability for indirect loss.

Suppliers should be aware that, in many cases, common types of financial loss such as loss of profit can be either direct or indirect loss depending on the facts of a case. To exclude all loss-of-profit claims, an exclusion clause must clearly indicate that loss of profit is excluded whether arising directly or indirectly. Any such financial loss exclusion or limitation will be subject to the reasonableness test.

Subject to the reasonableness test suppliers can place a financial cap on their liability for negligence, breach of implied conditions, or any limitation of liability when contracting on standard terms.

s11(4) of the UCTA specifically applies where a party is seeking to restrict its liability to a specified sum of money taking into consideration the resources of the party seeking to limit liability and how far that party was able to cover itself by insurance.

Are there any statutory controls on indemnities used to cover liability risks in contracts?

A true indemnity is classified as a debt claim because a party agrees to pay a sum of money when the specific loss occurs. There are no statutory controls on indemnities. However, the UCTA will apply to clauses drafted in such a way that they avoid liability in damages.

If you have been subject to a breach of contract, or require advice on liability, then call us today on 0121 268 3208 or send us an email at info@onyxsolicitors.com with your query and we will get back to you. We’re here to guide you through the process and help you come to a decision best suitable for your business needs.